This is a big project, at least in terms of time consuming and effort needed. It’s basically a custom Level for the video game from 2009 “Call of Duty: World at War”. This was not included or part of the original game, its a fan-made map all made by me. With the release of the mod tools I’ve been able to design, model, build and script a map from scratch that’s able to work with the game default engine for the zombie horde mode.

During this project, that took almost two years in length but that taking into account I was never dedicated to it full-time, I undertake tasks normally done by a team, in meanings of design, blueprinting, modeling, building, animation fixing and more. Of course there were some parts in which some members of the online community for custom zombies aided me or gave me directions or content created by themselves. Mostly, scripting related.

“Das Herrenhaus” meaning “The mansion” in german, represents a German Boarding School during WW2 that’s been abandoned recently and took over by the undead. Pretty much believable. Viewers discretion is advised: as a WW2 german themed map, it contains loads of Nazi related regalia and iconography.

So, the school is damaged but not actually in ruins, with the remains of the guard posts and material left by the former occupying military. The building is divided into two floors, that appear on the inside building map, the gardens and the underground tunnels. 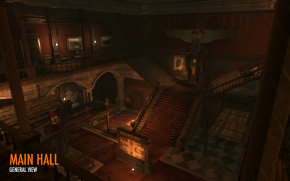 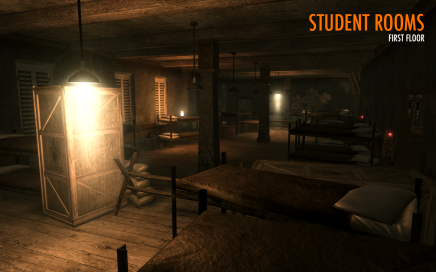